Lex Bak (1982) started playing the saxophone with his teacher Ati Lust at the age of nine. When he was fourteen, he started playing percussion, which he eventually studied. In the year 2005, he obtained his Bachelor Percussion with Bob Martens at the Conservatory of Alkmaar. A year later, he obtained his Bachelor’s Degree in Conducting with Jan Schut at the same Conservatory. In 2010, Lex Bak graduated with a Master’s Degree Conducting at the Royal Conservatory in The Hague with Alex Schillings in cooperation with the Shell Harmonie Amsterdam.

Lex Bak was Artistic Director of nine projects, and Conductor of the Youth Project Orchestra. With this orchestra, he performed several special compositions from the repertoire for Symphonic Band, to inspire and challenge a young generation of musicians. He also was one of the fifteen selected participants of the International Conductor Course and Competition of the World Music Contest 2013, in Kerkrade. There he conducted, among others, the Helicon Ensemble, and the Marine Band of the Royal Dutch Navy.

As a conductor, Lex Bak currently works with the Symphonic Band Amsterdam (SHA), and with the Noord-Hollands Wind Ensemble. With the latter, he conducted several world premieres. He has a broad musical interest, and likes to find the cooperation between different art forms. In combination with his interest in contemporary original music, he is looking for surprising and innovative ways to program concerts.

In addition to his work as a conductor, and as a performing musician, Lex Bak also is a Music Teacher for Hallo Muziek (Hello Music), in primary education. He also is Business Manager, and Project Manager, for this foundation. Hallo Muziek has developed a curriculum in music education for schools. The foundation now organizes weekly music education for more than 12,000 children aged 2 to 14 years old.

In his spare time, Lex Bak has been playing the saxophone for a number of years again, mainly concentrating on the sopranino at the moment. 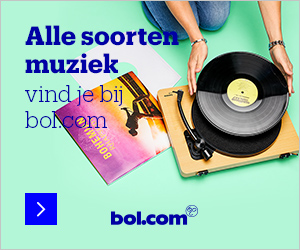